I travel fairly often for business and I really don't mind it. I've reached a point in my life where it fits in nicely. My boys are old enough to leave alone and my wife is a confident, self sufficient woman. This week I happen to be on the east coast. I flew to Philly, visited a customer in Jersey, then drove through Delaware and Maryland to end up in Virgina to visit a couple more customers the following days. (I kind of got a kick out of being in 5 different states in the same day, something that is not possible in a car on the west coast).

The best part about traveling for work for me is the chance to try out some new running scenery. When I pack my bags for a trip the first thing in are the running shoes and assorted technical clothing. I even wore my running shorts under my jeans on a flight once so I could hit the park on the way to the hotel. When I make my flight and hotel reservations the very next thing I do is scout out potential running routes in the area, then I get around to finding the directions to the offices I need to visit.

All that was true up until this trip. This trip there are no running shoes in the suitcase and I never even looked around for a running route. It was OK, I've gotten over my initial bout of malaise and crabbiness. As we (I was traveling with a sales rep) were driving down the road, just as we made the last right turn toward the hotel I spotted it...a rails-to-trail path. Unbeknownst to me, the Washington & Old Dominion Trail ran right behind my hotel.

My first thought was - what kind of cruel cosmic joke is this. Then I decided to make the best of it and changed out of my "dress up and meet customer clothes" into my jeans and skechers and headed out for a little 3 mile walk down the W&OD Trail.

I took another walk this evening as well. I still can hardly believe that there is 45 continuous miles of asphalt and 32 miles of adjacent crushed gravel path route outside the back door of my hotel and I didn't plan it that way. I saw a whole bunch of runners this evening along with numerous walkers and bikers. I really wanted to be running too, but walking sufficed.

I like games. I also like winning games. I don't usually play a game that I have no chance of winning, like football and poker. This game I could at least give it a good try and who's to say if I won or lost.

Here are the rules:
1) Write your own six word memoir
2) Post it on your blog and include a visual illustration if you want
3) Link to the person that tagged you in your post, and to the original post if possible so we can track it as it travels across the blogosphere
4) Tag at least five more blogs with links
5) Leave a comment on the tagged blogs with an invitation to play!

I thought of a few tactics for this one, but the hardest part for me was choosing 6 words. I kept coming up with 5 or 7. But the rules are the rules and being the black and white kinda guy I am I had to stick to them. Kind of like a training plan, you know. So here goes....

"Still trying to figure it out"

Visual illustration, huh? How about this (I'm on the road so I'm borrowing a pix from the web): 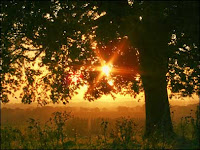 OK, that meets rules 1, 2, and 3. So in the spirit of the game I tag: Pat, Danny, Charlie, Randy and Ben (PreFan1982). I will be leaving comments on said blogs soon. I apologize if you’ve already been tagged or don’t like playing along, but since I’ve already made a point about being a stickler for the rules, I gotta do it. Rules 4 and 5 complete.

As for me on the running front, it’s been 4 full weeks without running. I have an appointment with the doc next Tuesday. I hope to know more then. I have felt a decrease in the pain level, but the thought of testing the waters scares me a little at this point.

I checked the calendar to count back from Memphis in December. I feel like it might be prudent to start at or very near square one when I am able, both mentally and physically, to run again. A beginner’s marathon training program would have me starting mid-June.
Posted by Darrell at 3:23 PM 8 comments: